CHICAGO – A group of meat distributors and grocery companies filed a federal antitrust lawsuit in Illinois alleging a “cartel” of US chicken producers illegally raised the price of broiler chickens from at least Jan. 1, 2008, through Dec. 31, 2016. Foster Farms, Tyson Foods, Perdue farms and 14 other poultry companies along with Agri Stats, a unit of Eli Lilly and Co. that collects proprietary information about processors, are named in the lawsuit.

Court documents detail an alleged two-pronged scheme to fix prices for broiler chickens. The first part of the scheme involved curtailing the supply of chickens “…via unprecedented cuts at the top of the supply chain in the form of jointly and collusively reducing “breeder flocks” that produce chickens ultimately slaughtered for meat consumption.”

“Senior executives from eight of the ten Georgia Dock Defendants were members of a secretive “Georgia Dock Advisory Board,” which played a role in the compilation and manipulation of the Georgia Dock benchmark price,” court documents state.

Both prongs of the conspiracy were enabled by a market vulnerable to collusion, the defendants allege, due to factors such as “…a highly concentrated market dominated by vertically integrated producers;  high barriers to market entry;  a standardized, commodity product where competition is based principally on price;  inelastic demand for the product;  numerous opportunities for cartel members to conspire through a number of regularly scheduled trade association meetings; and access to competitors’ data through Agri Stats,” according to court documents.

The plaintiffs in the case also argue that the statute of limitations does apply because the plaintiffs didn’t know about the conspiracy until 2016. Court documents state that the distributors and grocers “…were compelled to pay, and did pay, artificially inflated prices for chickens during the relevant period. As a direct and proximate consequence of Defendants’ and Agri Stats’ … described wrongful conduct, Plaintiffs sustained substantial losses and damage to their businesses and property in the form of overcharges for chickens.”

The plaintiffs are seeking unspecified damages and attorneys’ fees in an amount to be determined at trial. 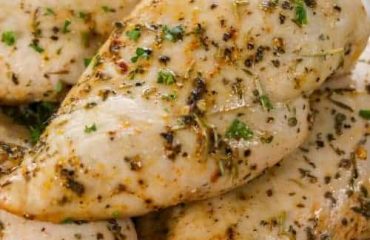